Day 8 - From Beddgelert through Cardiff and Bath, towards Chiseldon

Waking up in Beddgelert my room pretty much resembled my face. A warzone! 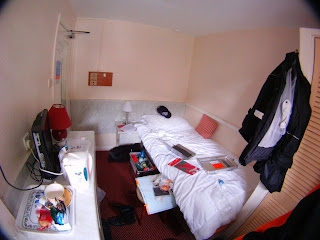 Still, as the sun was still shining and the midge bites weren't bothering me as much as they had before, I felt good starting another day of riding through themes you usually only see in Windows desktops. 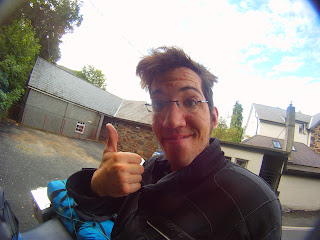 As I brought the beast around from the car park at the rear of my hotel to set off again, the hostess was awaiting me at the front of the hotel. She'd heard me telling about the flag the night before and also signed it, so this morning, she stopped me, and gave me the flag of Wales (which you can see in the palm of my right hand in the below pic). A very nice gesture - I'll be sure to return to the Saracen's Head one day if I'm in the area! 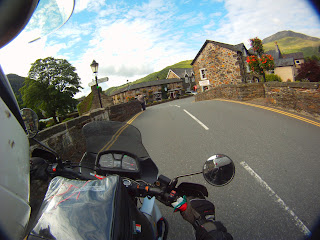 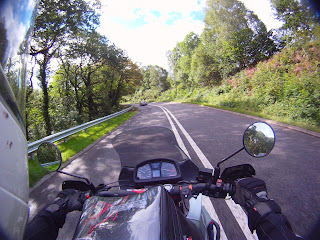 With alot of roadworks, sadly... but who wouldn't want to have a wait here? 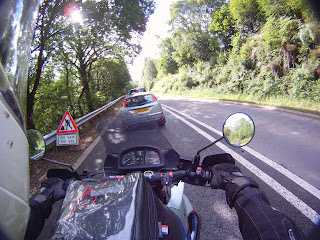 I didn't mind, for sure. Perfect moment for a sip from the waterbottle. 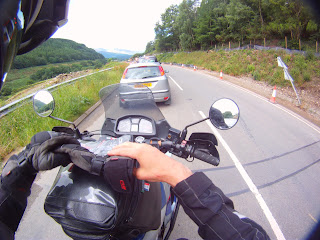 I eventually also got two other bikers, touring through their own countryside. I stuck behind them for most of the way 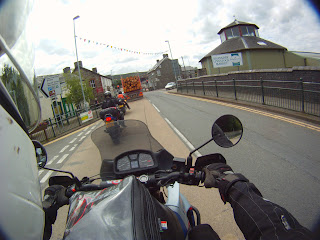 until I had to pull into the next petrolstation, that is. Just up the road, I found them stopped at a cafetaria. I salute you! In this petrolstation I paid with pounds I'd gotten back in Glasgow - the Scottish pound bills got a few second looks from the cashier, which was pretty funny to see. 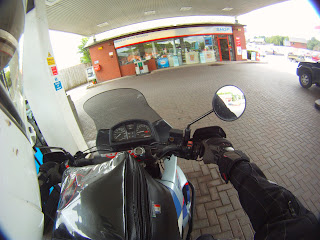 Going from there, I thought most of the scenery was now done for... little did I know though, Wales wanted to go out with a bang. 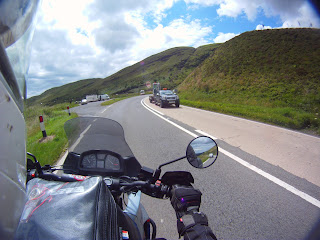 Enough to make you speechless, yet again. 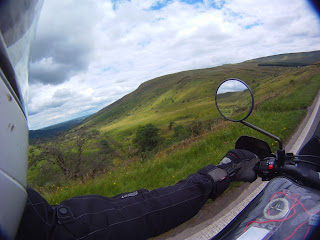 But things went literally all downhill from there, sadly. 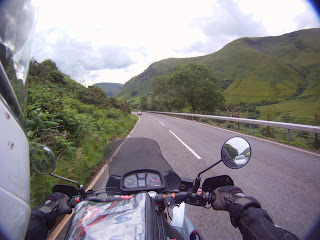 I even got into a traffic jam as I entered Cardiff! I wanted to refill my wallet again at an ATM, but as I entered the Welsh capital I quickly found this on my way: an unfilterable sludge of cars. This was all due to a road being blocked off further down the road. It took me alot of patience, clutch work and some more patience... 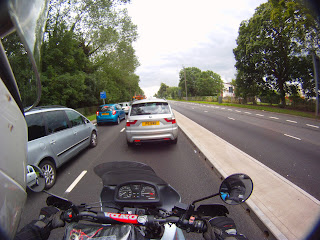 ..but eventually I found a bank. turned out of the traffic, and zipped through the capital. Freedom! 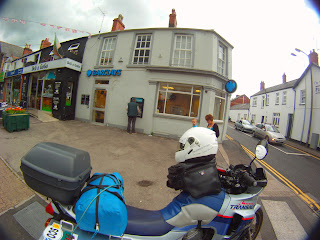 And after a delicious sammich... 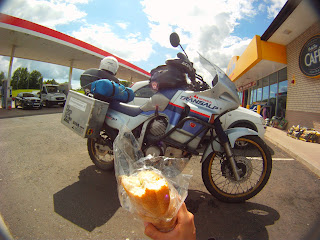 I rode into Southern England, with the beautiful city of Bath! Sadly though, the traffic wasn't as beautiful... 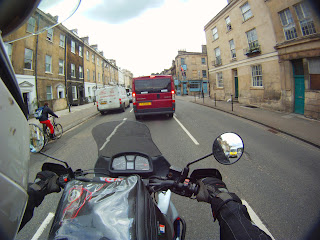 and after my dose in Cardiff, I took some solace at a petrol station. As I returned to my bike after paying, I saw that the Gods of Gasoline tried to comfort me as well. Pump no. 13, could this be a coincidence? 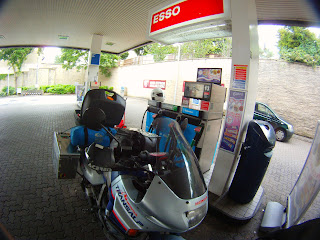 Time to leave Bath, the quickest way possible. It was casting over anyway. 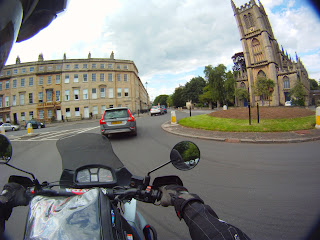 Outside of Bath though, things were looking up again! 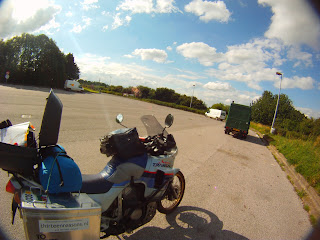 Much to my enjoyment, ofcourse. I noticed I'd taken a bit of a detour, so I figured out a route towards Chiseldon, and got cracking. 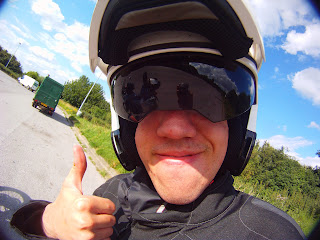 This eventually led me onto the B3098... yet another surprisingly beautiful riding road, the last thing I had expected in these parts. Warp speed, captain! 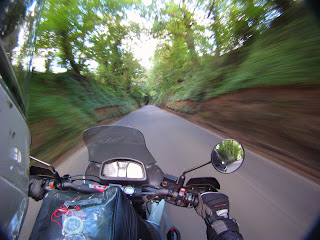 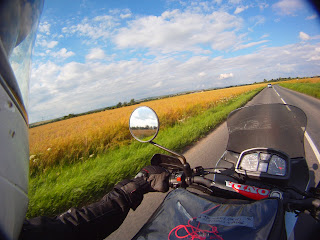 Things went so well in fact that eventually, my beast thought it was time to quote Inglourious Basterds... 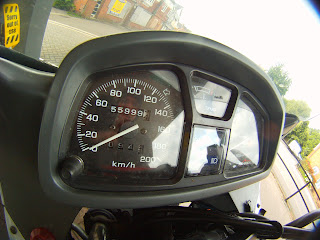 ...as our blitzkrieg through the South had finally brought us to our destination - the lovely town of Chiseldon! I sought refuge at the very nice Rossendale B&B, where my hosts Anne and Geoff took great care of me... 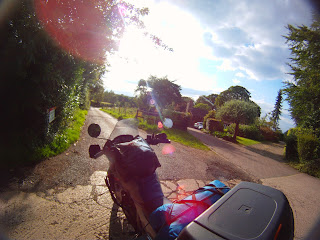 ...and even greater care of the beast. Nighty-night! 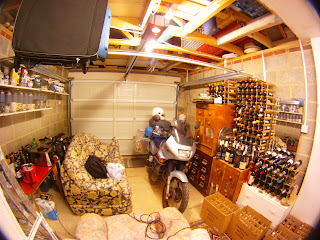 Tomorrow the final report, of both the liaison from Chiseldon towards Harwich, and the ferry back home. It'll be finished off by the musical compilation I've had in production for a while now, showing lots of unseen footage and the best bits from the things you have already seen... all accompanied by an awesome soundtrack, ofcourse.

For now, you'll have to do with this bit of road between Beddgelert and Cardiff.