Day 7 - from Lake District through Liverpool, towards Wales!

Upon waking on Low Wray camp site, I felt as if there was something in my left eye. I tried to rub it out, but to no avail. I also found it hard to open my left eye fully, so I took out my compass, and used the little mirror on it along with the flashlight of the Sonim to shed some light on the situation.

What I saw was the product of the over 150 midge bites I suffered back in Kinlochleven, the far majority of which was on my face. My eyelids were swollen, as well as my ears, turning me into the long lost brother of Shrek. 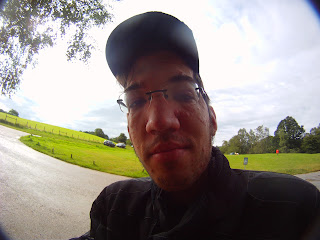 Still, despite a tiny bit of rain during the night the weather had cleared up beautifully when I stepped out. 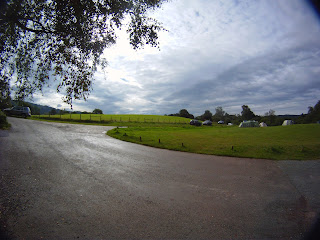 I highly doubted though whether I would be able to continue in this state - morale reached a low point for the second time on the trip, and reluctantly I informed at the reception desk whether there was a physician nearby  who could help me. The guys seemed indifferent at my mutilated face - they had probably seen this hundreds of times before and here there was once again one of these stupid foreigners thinking he had the black plague.

They gave me some antihistamines, and I was on my way. My face was so swollen I barely fit my helmet, but I took some of the medicine, and set off hoping I would be alright. 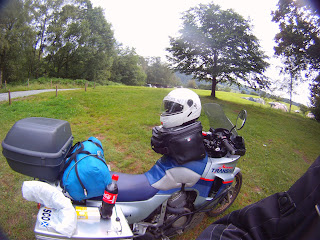 And I was, eventually. The rest of the roads in the Lake District gave me a brilliant parting gift, before I turned onto the M6 and set off toward Liverpool. Things went pretty quickly from there on in, and after a stop at some Lancaster-services... 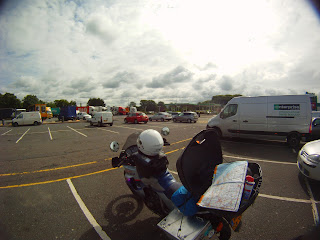 ...it wasn't long before I was standing in front of Anfield Road, the stadium of Liverpool FC. 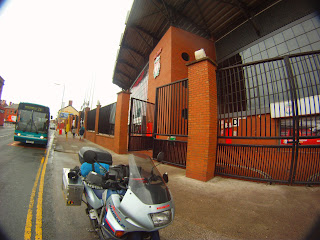 Time to get cracking towards Wales! Just over the border, I checked the oil level, and my timing was spot on - I had topped up the engine before leaving Holland, and now that I had done nearly 3000 km the engine had used roughly half a litre, requiring another refill. The weather was so-so (I could even see my breath), but yet again the scenery made well up for it. 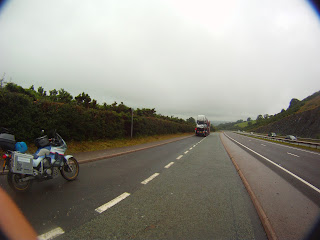 (I just had to visit this particular town. I was glad though nobody from the homefront called me to ask me where I was...) 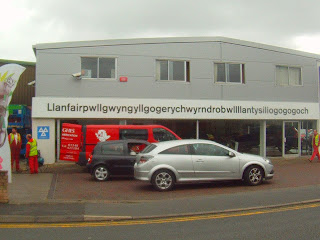 After this, I entered Snowdonia National Park, riding into yet another biking playground. Wheee! 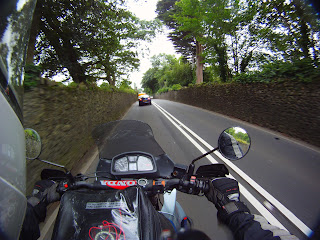 Even the fuelpumps started to look a bit like those in Scotland! 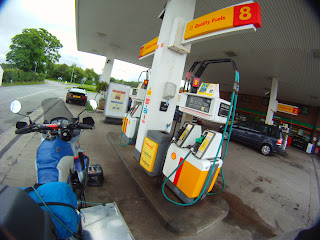 And best of all, my face was back! Time for a party on arrival? 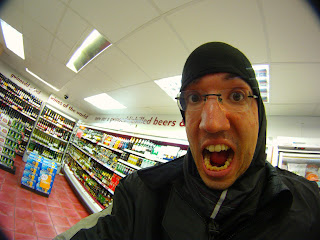 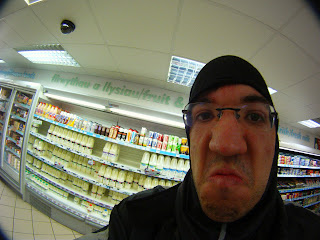 Around three o'clock I rode into Beddgelert, right in the heart of Snowdonia. I checked into my hotel, and I finally could take some time to just wander around town for a bit and be an annoying tourist for once. 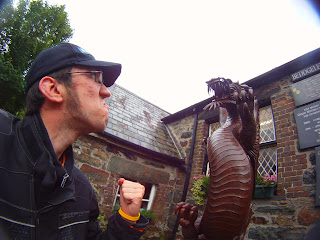 Tomorrow, the rest of Snowdonia awaited, as well as Cardiff and parts of Southern England. It would be the last scenic bit of road of the tour before the liaison toward Harwich... but my supply this trip had been that plentiful, I didn't really mind.

Here's the road into Beddgelert, for example.