The Hekla Project - Starting up... 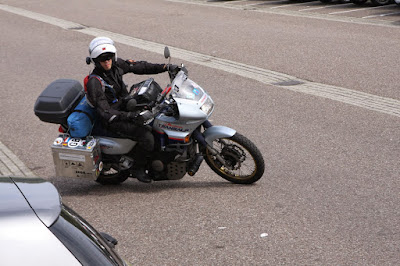 The Hekla Project is basically the extension of something that started back in 2012: Project Péus - getting the soil of my old friend's grave to three extremities of Europe. Back then, it remained more to the background, but for the new project I thought it was appropriate to bring it into the spotlights.

Even before going to Greece in 2013 I knew I also wanted to see Iceland, so naturally the two things were combined - I was to go to Iceland in 2015, with Mount Hekla - one of Iceland's largest volcanoes - the ultimate destination.

First though, I wanted to know what I could expect in term of riding conditions when I get to that part of the world. This was the one thing that lacked in my training for Greece - upon departure, I had no experience with endurance riding in heat whatsoever. 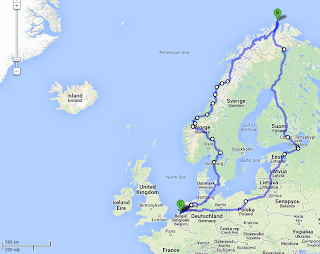 So for Iceland, I wanted to change that, and in 2014 I rode towards the Nordkapp, circling the Baltic Sea and visiting Germany, Denmark, Sweden, Norway, Sápmi (better known as Lappland), Finland, Russia, Estonia, Latvia, Lithuania and Poland along the way.

It was quite a harrowing ordeal, as riding in the Artic Circle can do strange things do your daily routine. I had even lost 10 pounds of bodyweight at the end of the 8700 km trip. Still, the sheer nothingness I encountered in the North of Norway left me eager for the Icelandic trip. 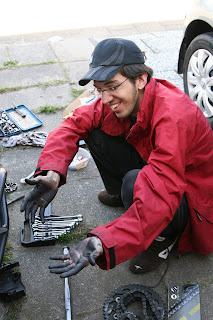 The size of the Icelandic trip in terms of riding kilometers is to be significantly smaller (less than half of the 2014 tour), but by no means does that make it an easier feat to accomplish. There's the multi-day ferry, and tarmac is also not overly abundant, making it more demanding for both me and the Beast.

That's why the Beast got its suspension renewed. The old shock was well due for its retirement, and I wouldn't have been feeling comfortable with it going along to Iceland's wilderness as well. The Beast was also kitted out with some knobbly tires (Heidenau K60) to add traction when the going gets rough.

In the end, it was all a proper lead up to Iceland!