Here's a short list of the things I currently use. Once I make additions, I'll make sure to update this page. 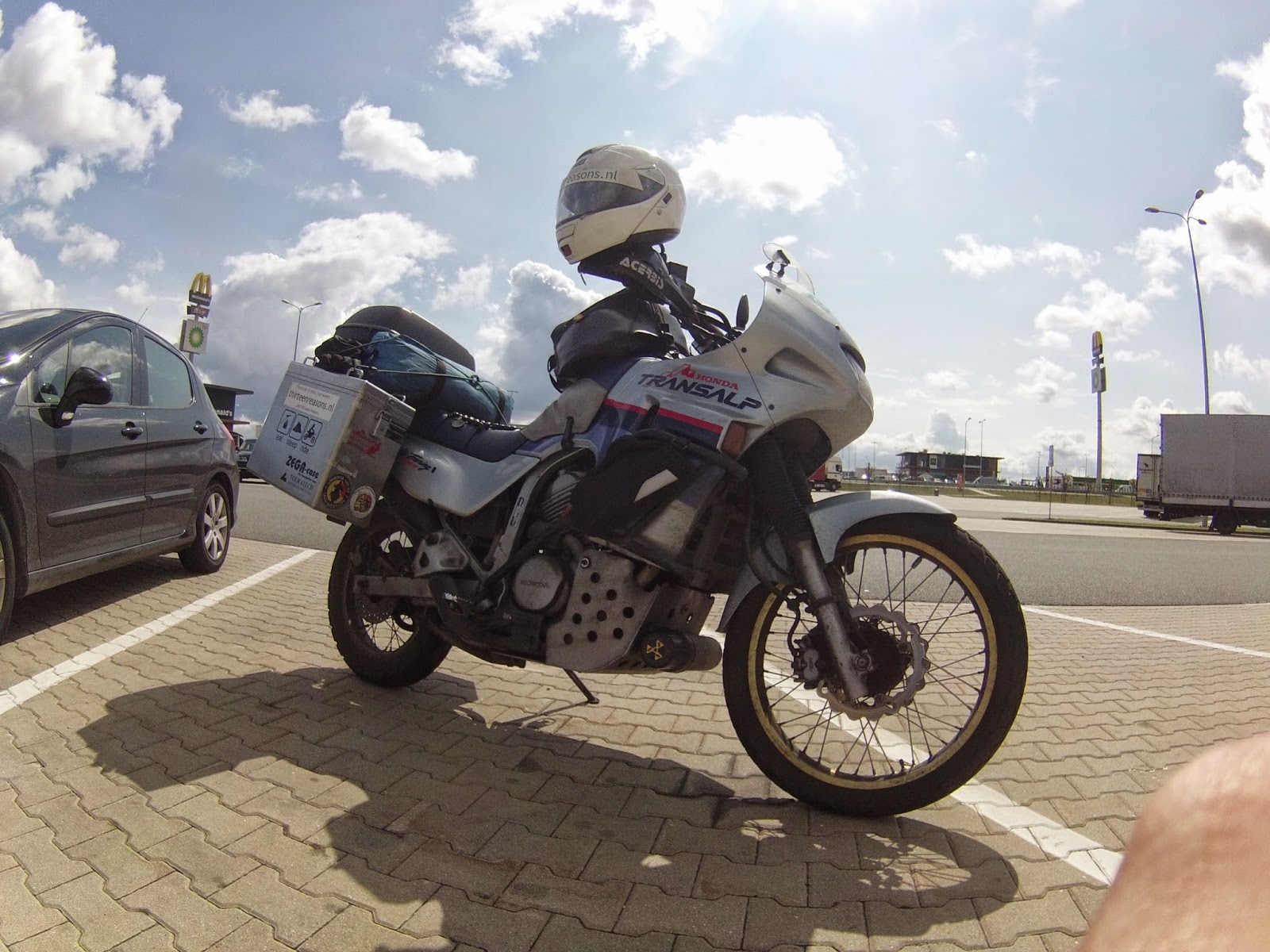 For long distance trips I typically tend to use Metzeler Tourance tires as they don't wear that quickly - 1 set typically lasts about 10.000 miles. The harder compound does sacrifice some grip in wet conditions, so be advised. For the Iceland trip I'm using the Heidenau K60.

Other travel additions include an MRA windscreen, and per 2014 I added two crashbar bags (which are simply ABUS frame bags normally used for bicycles) and a beaded seat to prevent saddle sore. I got my seat within a few weeks from BeadRider.

For a more detailed outline of the bike's traveling setup, click here.

Helmet & Suit
My helmet is a Shoei Neotec, and for a suit I use a DIFI suit & leather gloves with Alpinestars Gran Torino boots. Click here for a more detailed description. 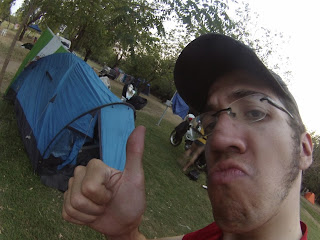 Camping gear
My tent is a cheap, 80 Euro 2 person tent I bought in 2007. I never really felt the need to buy a new tent, so I stuck with it - since I've been taking it on motorbike travels all of the poles have been replaced, but as the rest is still fine I refuse to buy a new one.

Since 2014 I've been using a simple beer can stove (like the one you can see above) for cooking, and during the night I use a Carinthia sleeping bag with a Thermarest air mattress to sleep. They can both be packed to a minimum size, saving space in the panniers for other stuff.

Helmet camera & other handy gadgetry
In 2012 I used a Drift HD170 Stealth (see this video for a closer look), in 2013 and 2014 I used a Drift Ghost HD and currently I use its successor, the Drift Ghost-S. The cam takes a 1700mAh battery as standard, making it one of the few endurance cams on the market as of yet - the extra capacity means it can shoot almost twice as long as with regular 1100mAh batteries.

On the road I use 4 batteries to increase shooting length (in Britain I used 2, for Greece I used 3).
I have to do this since camp sites generally do not have any means of recharging them - it's then a good thing to have spares with me. Still, I'm bringing a solar Lava Charger to charge them up without any sockets available.

I also have a Spot GPS Messenger with me (the orange thing I wear on my left arm), which enables the homefront to track my progress, see my location, but which can also function as an emergency beacon to rescue services should the need arise. See this page for more info.
Gepost door Greg op 16:30