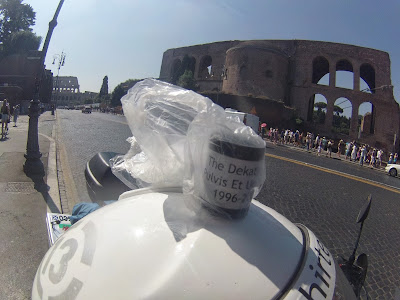 Péus was an idea dating back to the start of the Dekatria Project. When doing my motorcycle lessons I reckoned I wanted to remember what started it all - the suicide of my childhood friend in 1996. He was 11 years old when he committed suicide, so he didn't get to do most of the things I got to do. I wanted to change that... and Péus was the result - Péus being an abbreviation of the latin proverb 'Pulvis et umbra sumus', which translates as 'we are but dust and shadow'.

During New Year's Eve 2011 I asked my late friend's dad permission to go to my old mate's grave, and take some of the earth to put it in a little container I'd improvised out of two pencilsharpeners. The little vessel would then go into my motorcycle coat, where it would stay until I had reached my destination in Greece.

And so it did. During the following eighteen months it did all trips to work, all the group tours and all the training trips (including the Tour through Great Britain) with me, after which it also joined me for the final leg to Greece, carefully tucked away in my inside pocket.

At Cape Tenaron, the southernmost point of mainland Greece and ultimate destination of The Dekatria Project, I opened the canister up . I scattered the earth, after which I filled it with earth from Tenaron herself to take back with me to The Netherlands. This way, part of the grave would forever be in Greece, and part of Greece would forever be at my old friend's grave.

Getting back home, his dad was beyond words to express his gratitude. It made me see that no matter how long ago, losing someone through suicide leaves a scar that will always remain at the surface. It will never really disappear.

So for the Hekla Project, I thought to bring the formerly secret sideproject more to the front of stage. Once again, I'm taking a bit of earth from my friend's grave with me. It'll be brought along on the 2014 Nordic venture and the 2015 trip to Iceland, to bring my friend to another two extreme points of Europe; the Nordkapp in Norway, and Bjargtangar in Iceland.

The thing is, people are only really dead once we have forgotten about them, and through doing something like this, people long gone still have a chance to, albeit symbolically, live on and share in our awesomeness. 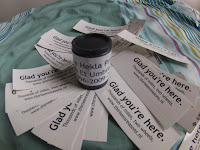 I'm not kidding myself, there are way more stories out there akin to that of my old friend. Even you might've lost someone way too soon at some point.
And that's what I'm getting at: I'm not just doing this for this friend of mine. I'm also doing it for all the others; people embedded deep within our memory, yet people we rarely think of anymore. Not because we don't want to, but because they got obscured by the drag of everyday-life.

Look at me, sitting on the rambling chair. As a kid, I once wrote on my bedroom wall 'I wouldn't want to die knowing I hadn't lived'. And that's what this is, too. Living life to the full, because others weren't as lucky. Stepping out of the comfort zone, and seeing what lies beyond the horizon. Just have a look... for all you know you might just surprise yourself. 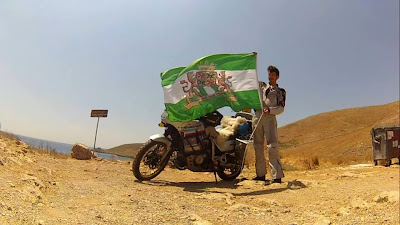