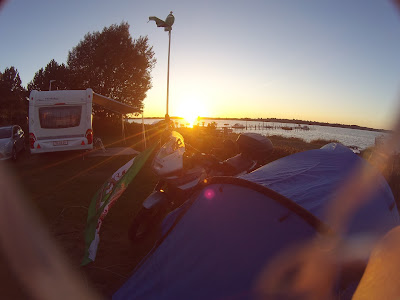 So here I am, just over 2 weeks after the trip, writing about it. It's quite amazing that just four years ago I didn't even have my license yet, and now I find myself at the end of over 26000 km of international touring, going through 25 countries and meeting a myriad of cultures.

I have to be honest with you guys, and tell you that prior to going on this particular trip I had mixed feelings about it. This was mainly due to the fact that it was going to be the end of another project. It would mark the end of 4 years of touring Europe to get Peus as far as I could, and in turn, it left me a bit dubious about what would come after.

You see, after I completed the Dekatria Project it left a bit of a hole - for years on end it had been my first and foremost priority to go to Greece, and all of a sudden that was gone. You can imagine that, with this trip coming up, I feared something similar. 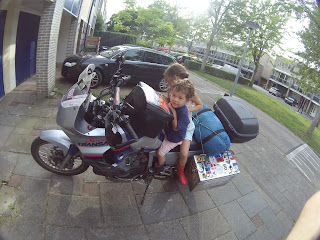 But even after the clunky start, this trip once again reminded me why I did all of it. Why I spent so much time with prepping, planning and toiling away at my noble steed. Iceland is a remarkably beautiful country, which just fills you with awe that planet Earth can be filled with such splendour. I never go into a trip with any expectations, but even so, I couldn't have dreamed Iceland was this amazing.

What most people don't know is that going on a huge endeavour like this is costly, in time, energy and money. For example, the past two years I've had to miss the birthday of my niece (the girl at the end of the 2014 compilation, and the one riding pillion on the above pic) because I was touring.

Ofcourse, it served a higher purpose and it's given me so much in return, but it's also reminded me that dreams cannot be made true without sacrifice. Simply put: Iceland was the last country I've always wanted to see, and for 2016, I can't really think of another unexplored country that I find worthy of doing it all for.

Let it be known though that this does not mean I won't do another big trip ever again - I just know myself a bit too well for that. For example, I really want to return to Greece again, taking a different route than in 2013. All things considered though, I just want to use 2016 to give the Beast some thorough and well-deserved TLC... and eat cake with my niece.

Anyways, I've added a special 'Tips' page to the menu on the right if you're interested in going yourself - this may just help you out. Additionally, if you want to know more you can also contact me.

It leaves me to say that I hope you enjoyed reading this report as much as I did writing it, and maybe I'll see you on the road some time.

For now, enjoy the compilation!