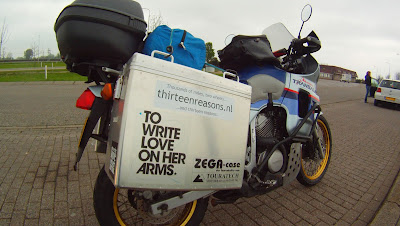 I personally felt obligated for this journey to not just be the culmination of my own dreams, but also to let it contribute to a charity.

Now, I've noticed that people often tend to regard suicide as selfish, or simply don't understand the logic behind such a decision. And that's just it: it's not a decision or choice, but the last resort when mental anguish spins out of control. Try to think of it like cancer, but then a mental kind; left untreated, it will spread, take control, and eventually kill. 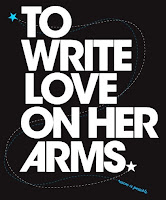 The cure can be as easy as just good conversation, but that's often where the trouble already starts; there's a taboo on the topic, since many fear that when talking about these problems the people in question might commit suicide anyway. Others may feel impotent, as they feel they can't bring anything useful to the table.

But believe me, that doesn't really matter; just having someone actually listen to your story can make a huge difference by itself. I know it does, as I've been lucky enough to be at the receiving end of it. Especially here, a little bit of love can really go a long way.

To underscore this, I thought of a plan. On this trip, I'll be wearing a white helmet. I'll ask every person I meet on the way to write the person they love most in their lives on the helmet. At the end of the trip, the helmet will then hopefully have become a written map of the journey. 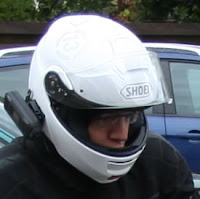 Upon returning home, this helmet (along with a few one-off T-shirts) will be auctioned off, and the revenue from it will go to the organization To Write Love On Her Arms (click!).

TWLOHA is a non-profit organization which creates awareness about depression, addiction, self-injury and suicide, presents help to those struggling with aforementioned issues and also invests directly into their treatment. They pretty much seemed the perfect cause, and I'm hoping that in the end, many will agree.

The auctions will take place the week leading upto the 13th of September 2013. If you want to contribute, just look on the Donate-page!