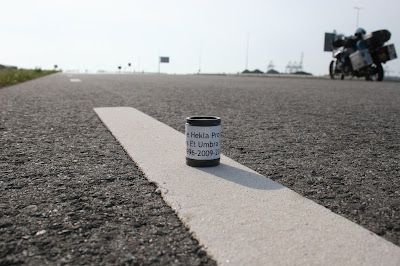 So here we are- the finishing trip to the Hekla Project, and the fourth big tour in 4 years. Oh how time can fly.

In the months and weeks leading up to Day Zero I can't exactly say I was counting down all too eagerly; time just flew by, and before I knew it I found myself with less than a week left and still a ton of work to do.

Normally I also take the first week of holiday to 'unburden' my head from my daily work routine, and get into the right mindset for a behemoth tour. This week is subsequently used to cross the t's and dot the i's, and with this week now absent (departure followed only three days after the last day at work), Panic Week surely was another handful... with some unfortunate side-effects as a result. 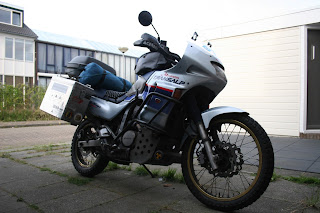 Prior to going up North, I had gone out of my way to miss any imagery from both Iceland and the Faroes. I even went as far as turning off The Secret Life of Walter Mitty as soon as Iceland entered that movie; nothing was going to ruin the surprise.

And what a surprise it was. The scenery, the people, the food (Yes, I tried the shark. And you're going to see how that went too)... it was awe-inspiring. I had a brush with my mortality again, and learned -amongst other things - that there are two main kinds of sheep in Iceland and when it comes to traveling there, there's one ubiquitous law... but ofcourse, I'm not going to spoil anything just yet.


Tomorrow, time for the first two days. Enjoy the ride!