Coming from a trip as unforgettable as the one to Greece was, I knew I'd have a hard time topping it with whichever trip I did next. Therefore, I chose to not compare any new trip to 2013, and keep it simple this time around: get to the Nordkapp, and then back again, bringing Péus to another extreme point of Europe. Part 1 of the Hekla Project was a go. 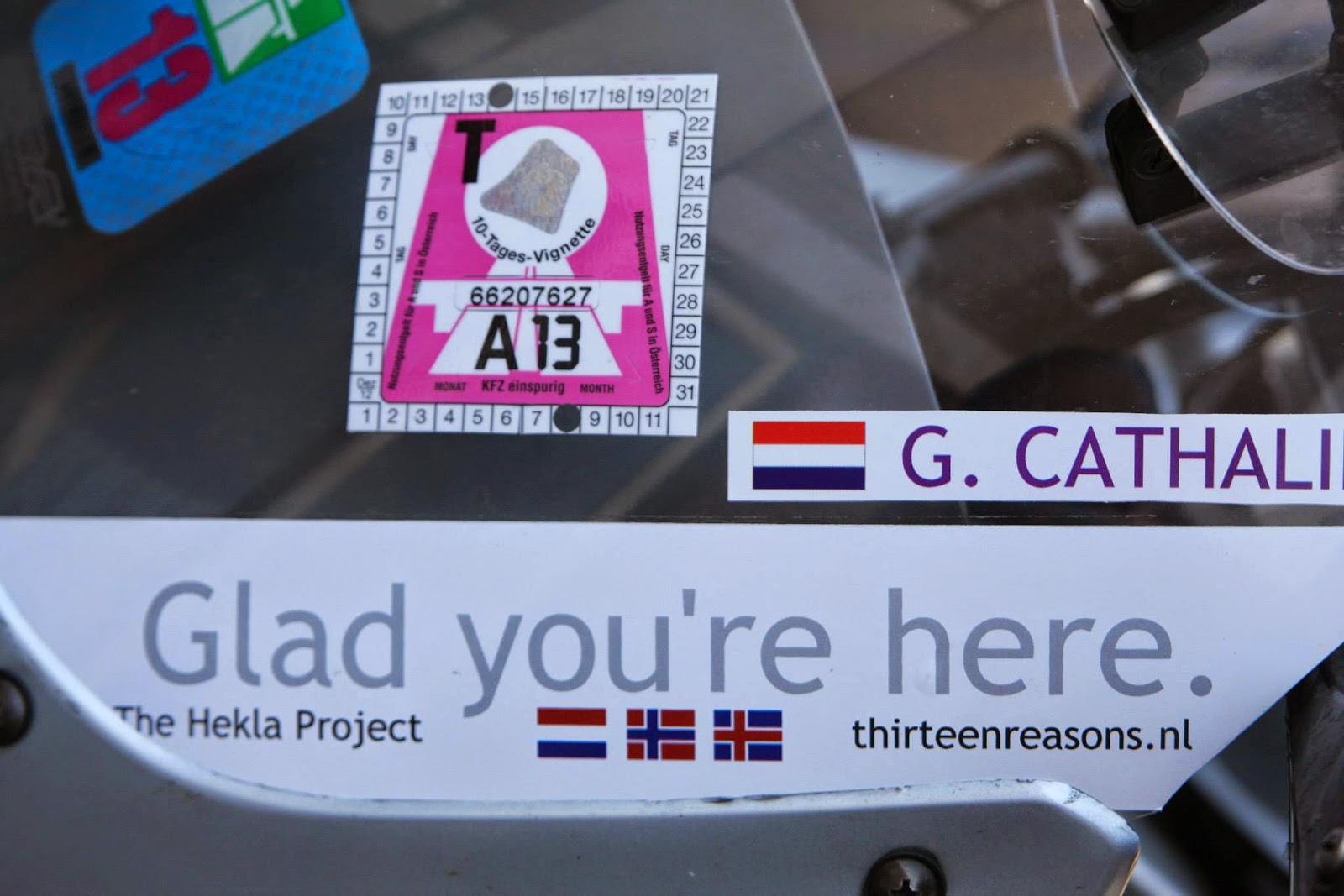 The plan was easy: go North through Germany, Denmark, Sweden and Norway, and then return home through Finland, Russia, Estonia, Latvia, Lithuania and Poland.

The preparation was the hardest I've done so far, mainly due to the age of The Beast. Running upto the start line it was nearing the 90K mark, and so the final 4 months before departure saw 2 major surgeries; the valve cover gasket needed replacing, as well as the clutch. Both of those operations I did myself, as it provided me a lot of knowledge about the bike's inner workings and experience as how to possibly fix it should the need arise. 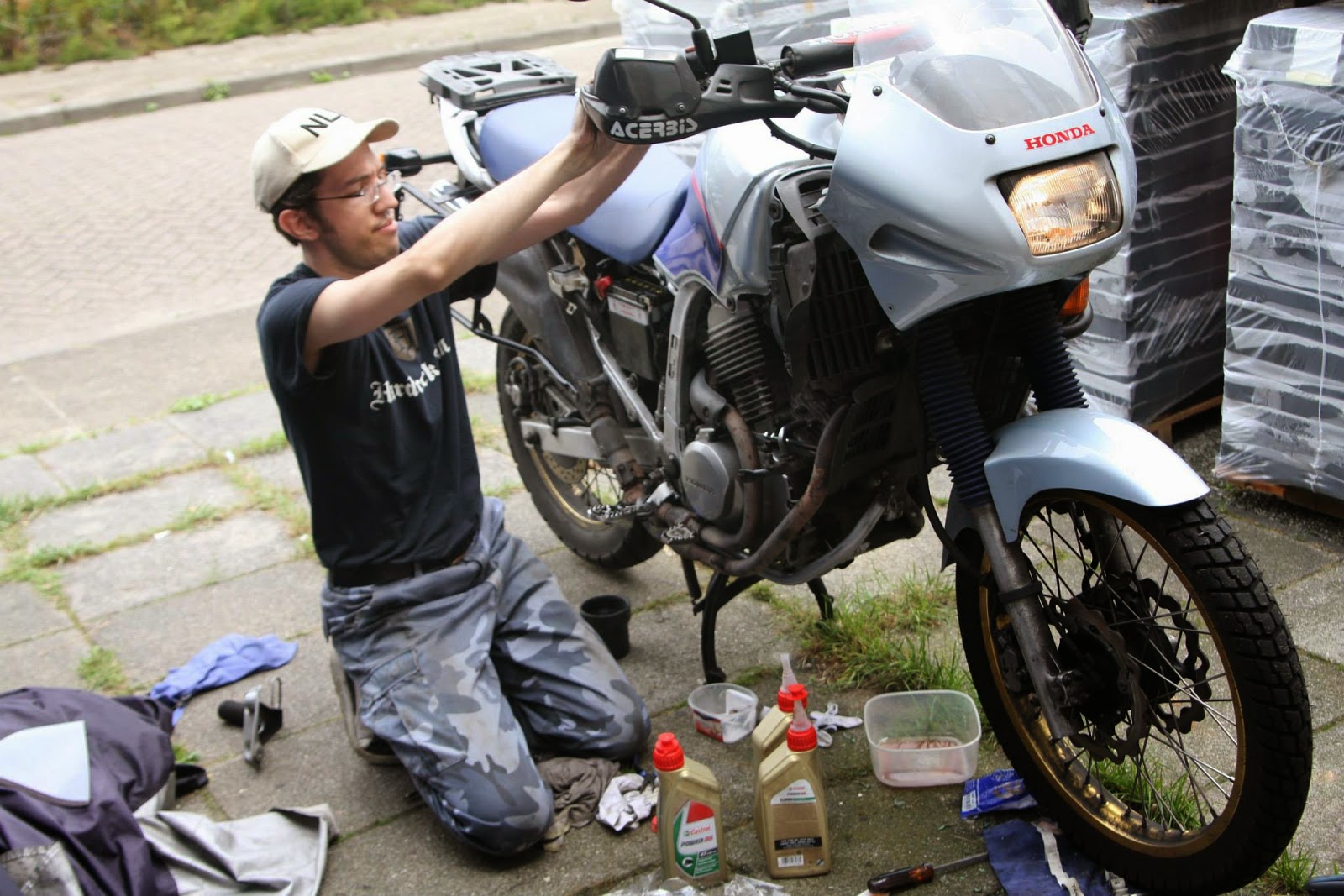 During Panic Week (the final week before departure) the Beast even saw fit to scare me with what seemed to be an oil leak at the replaced gasket, but later on it was fine... and when the bike was on the start line, the ol' girl was functioning like a dream. I guess I needed to be kept alert during prep.

I didn't really know what to expect beforehand, really. I wasn't all too worried about the countries on the itinerary (including Russia) - I was more apprehensive about the bike, and whether it could still cope with a behemoth tour like this. The mechanic that checked it up prior to departure complimented me on how well she ran for a 91K machine, but still.... that doesn't guarantee it will be maintenance-free for another 9K (and ofcourse, it wasn't). 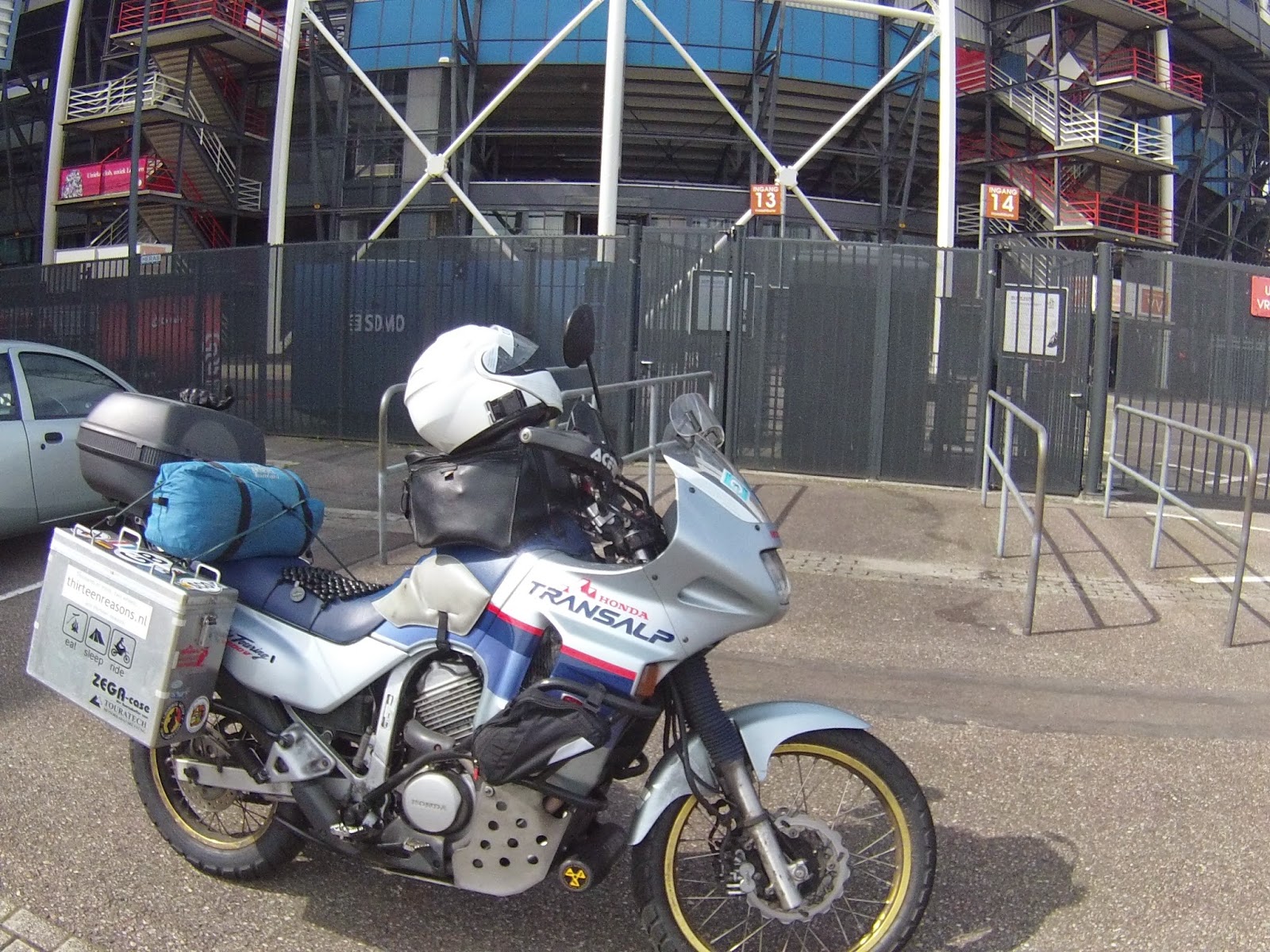 Eventually I did 8723 km through 10 countries, during which I was detained, kept awake at night, nearly lost my license, swam in Arctic water, added words like 'spotter' and 'wristband' to my riding vocabulary and learned alot about the culture of the Nordic people as well as how cheap countries could also work at my disadvantage. The Beast scared me to death a number of times (as well as some other road users), and 80s rock music played a significant role in the madness of it all.

But ofcourse, you're going to read about all that in the coming days. Hold on tight, and enjoy the ride.