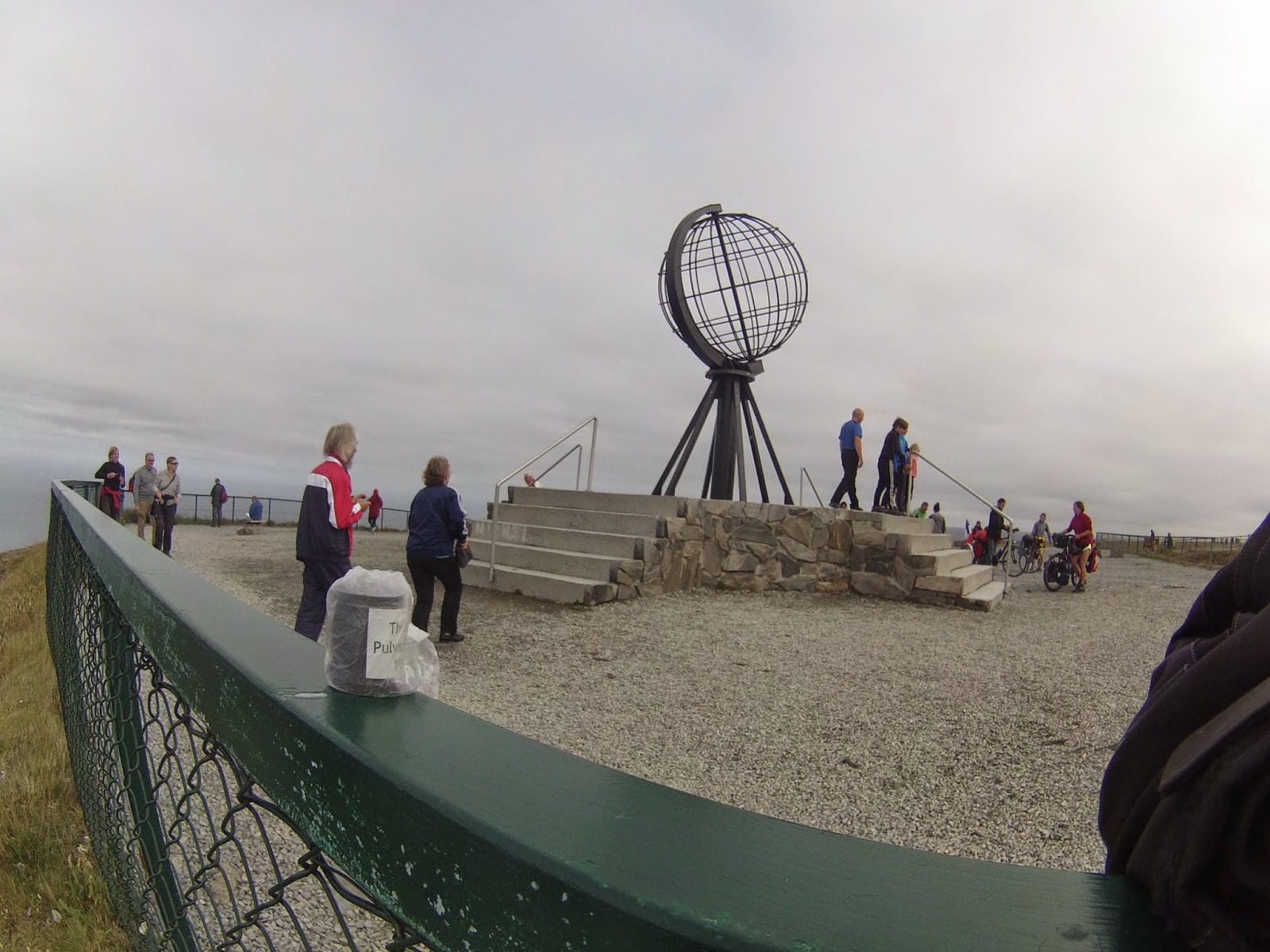 So here we are again, at the end of another adventure!

The thing that will always stick with me is how gobsmackingly beautiful Norway is. Myself, I specifically liked the Northern parts with its Sami culture... and it's become one of the areas I visited I'd love to see again someday. For some reason, the vast uninhabited wilderness in the North felt like home to me.

Not to say that this trip was easy - this was hands down the toughest trip I've done so far. I underestimated the amount of sleep I needed, I lost 10 pounds in bodyweight and the old chain was also a pain. A week after I got back, I seriously doubted whether I would do a trip like this (one of more than 7000 km) ever again. The prep required a heck of alot of work, time and patience, especially since The Beast started developing some faults due to its age... and the day average of 350km didn't help either. Then again, it's learned me a great deal about the bike, and how I like to ride on a big tour.
It's made me see that if I would bring the mileage down I could perhaps learn to take my time - something I'd planned to do this time, but once I was on the road I just enjoyed the riding too much. That's the other thing I've experienced doing a tour through countries I've never seen - in my yearning to see as much as possible, I want to get everywhere as soon as possible.

Would I have done this one differently then, in retrospect? No, ofcourse not. On itself, this trip was once again an adventure I wouldn't want to have missed for the world. I've seen plentiful beauty along the way, and making it with The Beast to the Arctic and the Nordkapp just a year after seeing Greece is an achievement I will savour forever.

But anyways... time to sum up the good and the bad!

-Seeing the first ferry of the day depart just as I arrived at the dock
-Hardly seeing any bikers at camp sites
-How much of a touristy place the Nordkapp is
-Riding through the Nordkapptunnelen with a wonky chain
-Russian bureaucracy, and getting briefly detained because of it.
-Not being able to pinpoint where the sawing noise was coming from
-Estonian Traffic cops. Seriously guys, work on your hospitality.
-Paying toll
-Finding souvenir shops that sell everything, except for stickers... 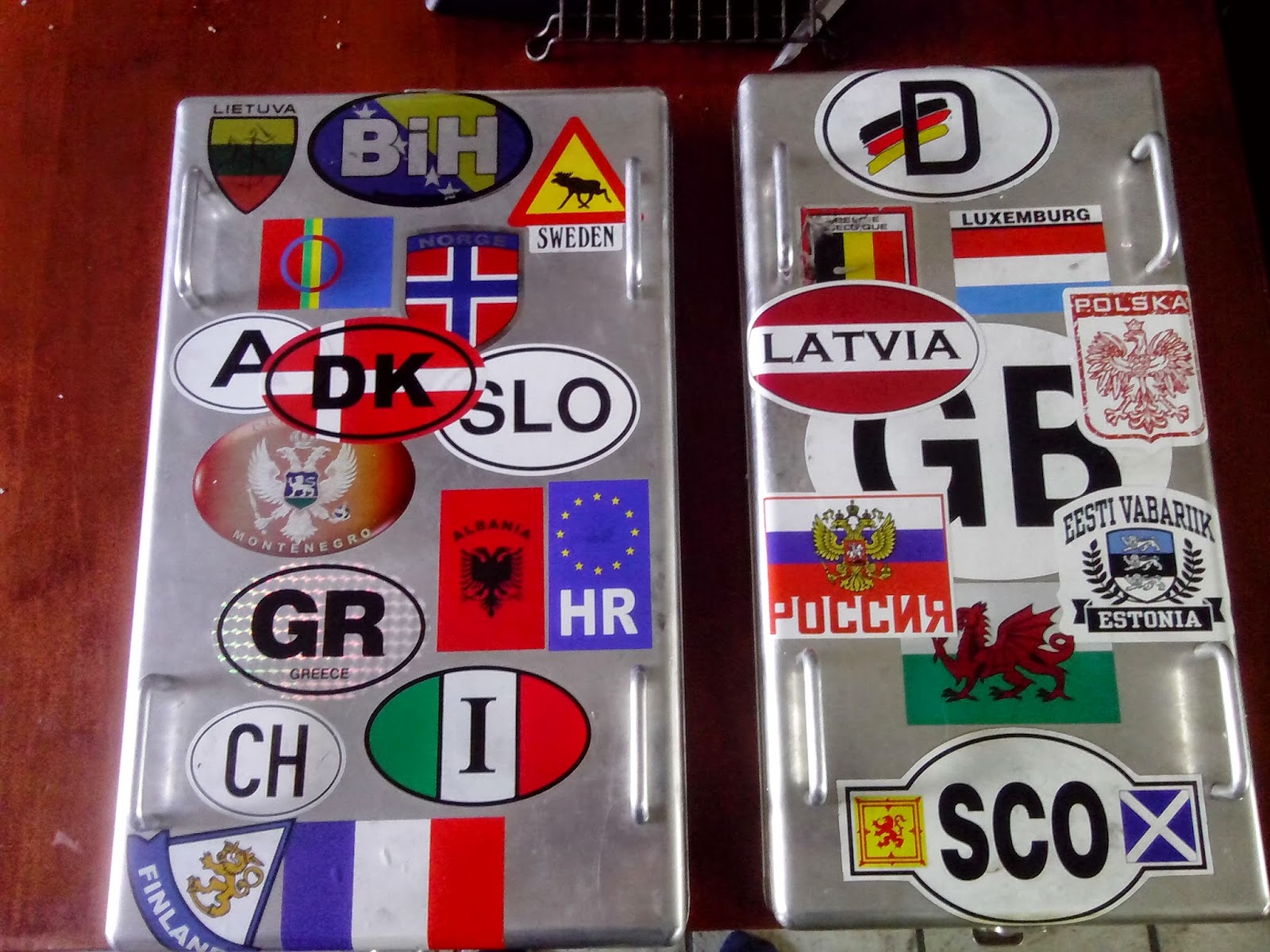 +Sami women
+"Don't give matches to Germans"
+My footpump and tire pressure meter. The pair of them made me independent from petrol stations to keep the tires up to pressure. Two worthy new additions to the kit
+The traffic in St Petersburg. I liked the craziness, what can I say.
+The Finnish hospitality
+Norway
+Swedish women
+Witnessing guys racing snowscooters on a lake
+The price of petrol in Russia
+The weather
+Staying in Alta. Tusen takk Björn-Erik!
+Trollstigen and Geiranger. Awesome.
+Riga. Beautiful city.
+The camp site in Skibotn, Northern Norway. Camping right beside the river, awesome scenery, cool drinks and then drying up in the sun from a VERY short swim. Truly blissful.
+Sápmi in general
+My beer can burner. Worked better than my Primus ever has!
+Milk from a bag

With that out of the way, here's the greatest surprises of the trip! 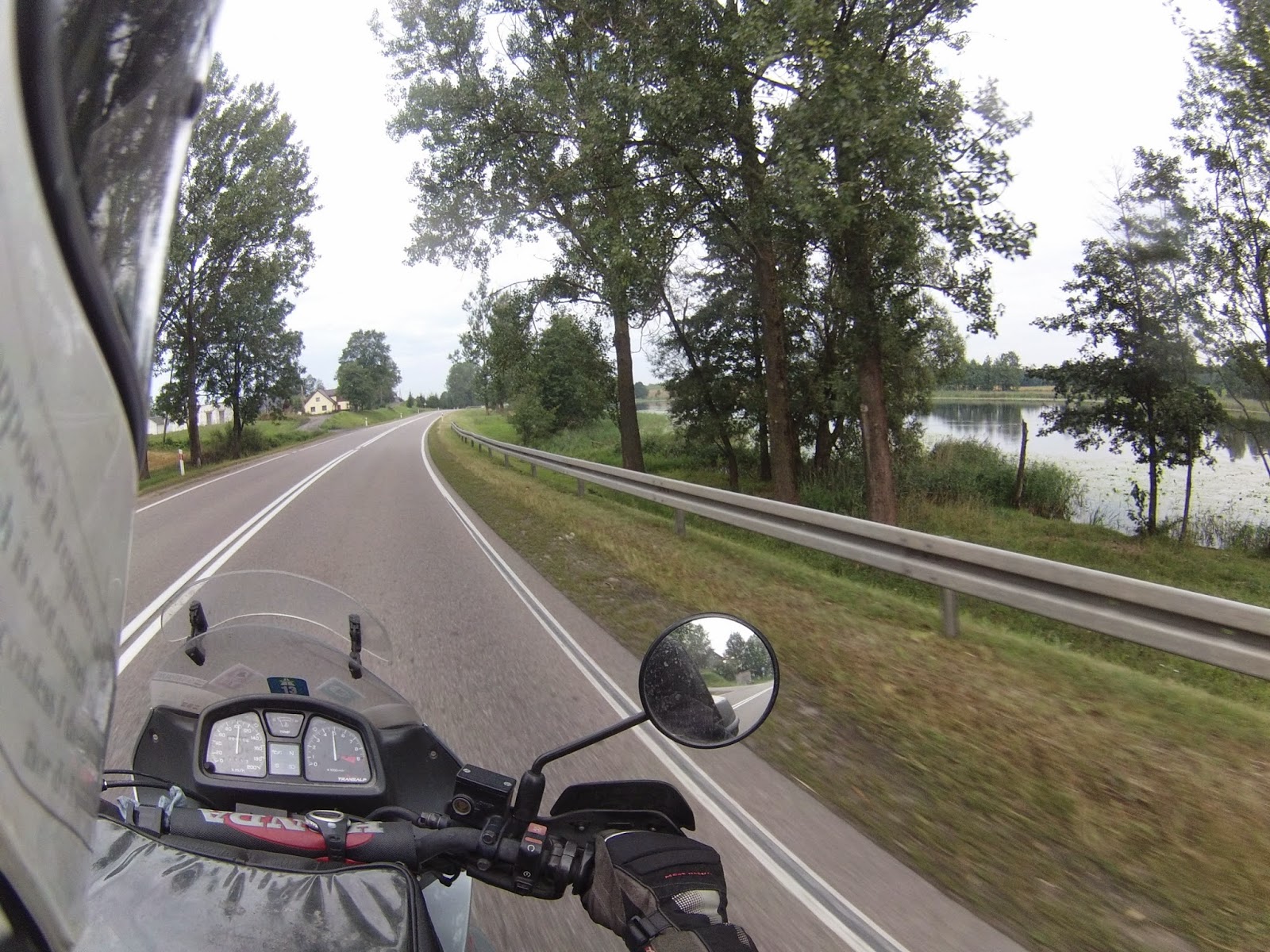 By this point in the trip I wasn't expecting to see that much anymore... and then the Polish countryside came to the party. Forests, lakes, hills, all draped with some nice twisties inbetween. Hands down the greatest revelation of this trip... and being as close to the Netherlands as it is, it's bound to be a future destination for a smaller trip. 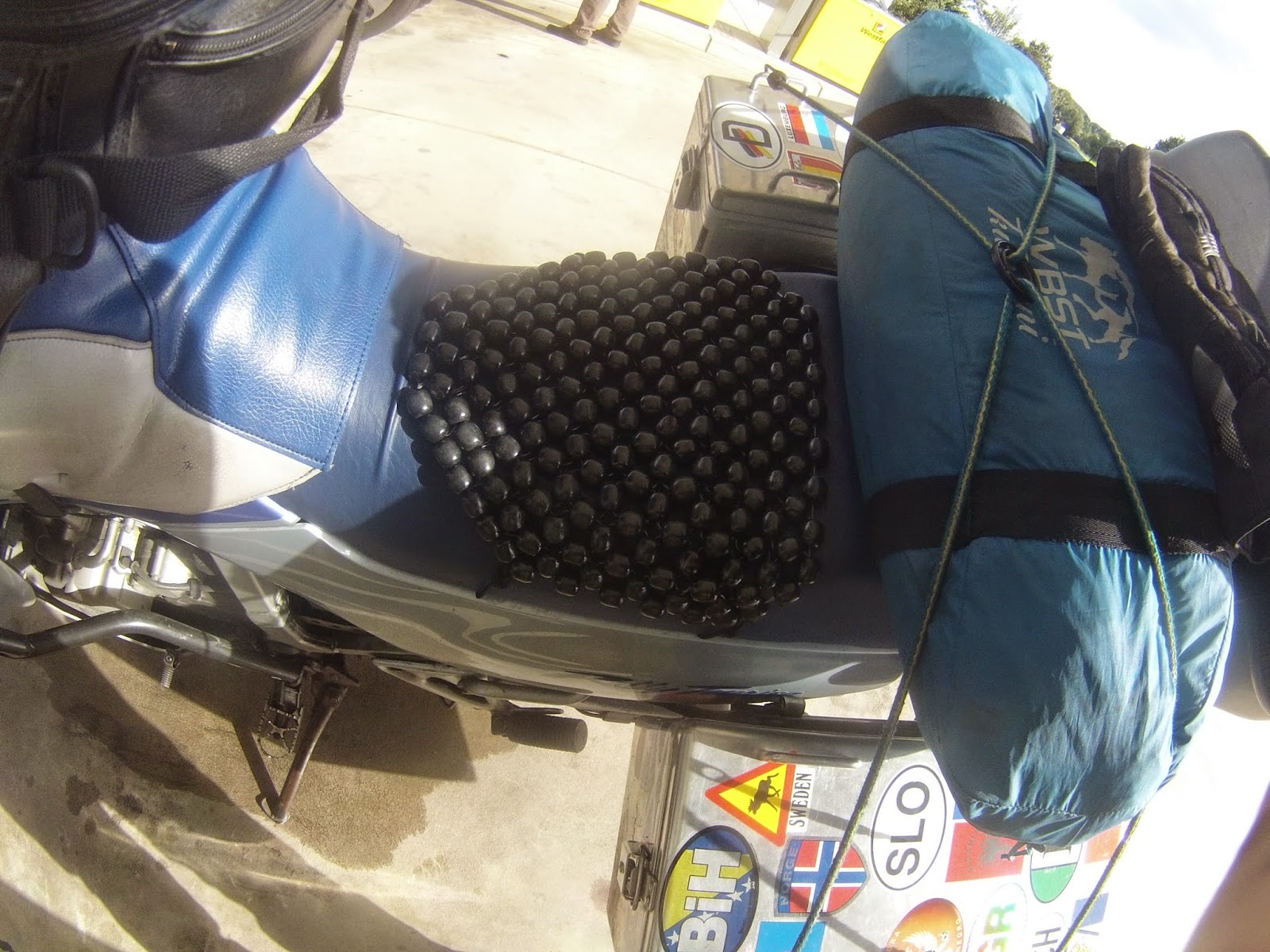 In 2013 saddle sore become a right issue after about 2 weeks, so I thought it would be a good idea to opt for another solution this year. At Beadrider I found one of these.. and it worked tremendously well. It kept everything comfortable for the entire trip, exactly what a seat should do. Next year, it's definitely going for another round. 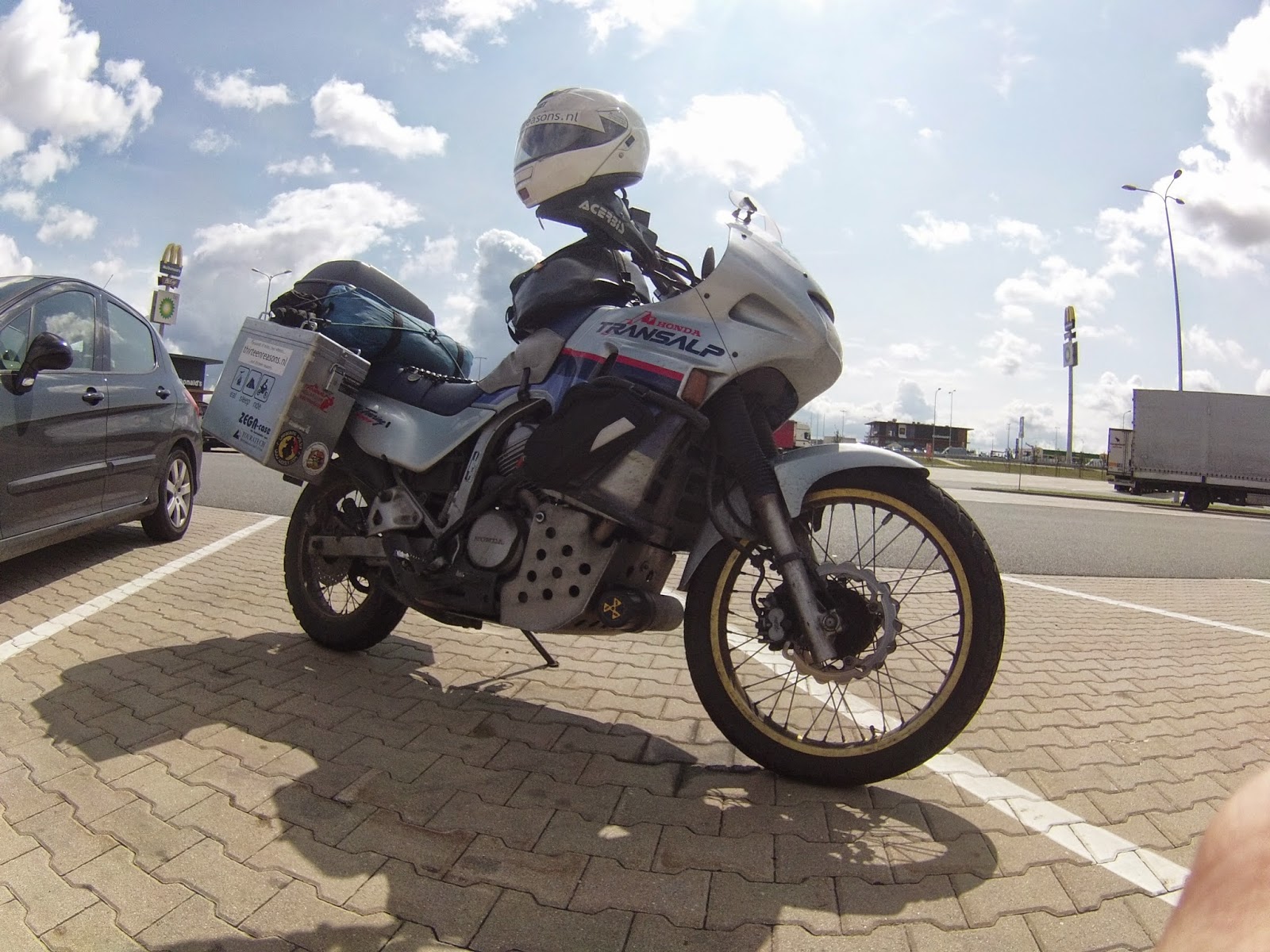 Being the star of last year's endeavour, I then felt it would be more than able to do another behemoth tour. The final few months to Day Zero however, the ol' girl kept throwing one curveball after the other, almost as if it had to be made sure I wasn't slacking off. A gasket started leaking, the clutch went wonky... all of which I replaced myself.

It learned me a great deal about the bike's inner workings, but in turn I was apprehensive whether the bike would still be able to handle another big trip... Amazingly though, once I was on the road, it never missed a beat. Like it had been waiting to get going again ever since we got back from the Mediterranean.

The chain was probably the biggest problem - it surely taught me never to leave a chain on there for a big tour when it's already done 25K. A lesson learned, oh yeah. 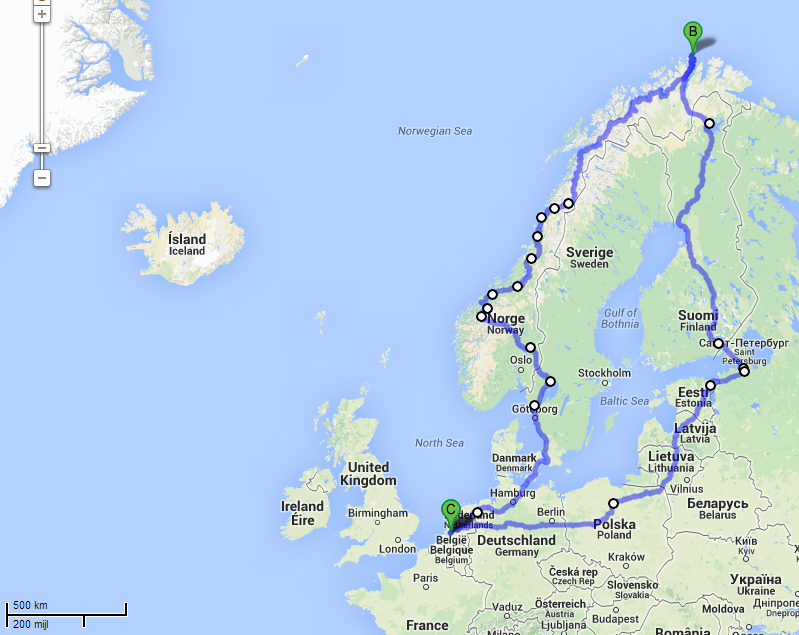 Last but certainly not least, here's the trip compilation. Once again, I've picked some of the best images shot, put some awesome music under it and flung it on Youtube for your viewing pleasure. It's been great fun writing this report (and shooting all of that extra idiotic madness), and I hope that you've enjoyed reading it as well.

Take care, and see you in Iceland next year!