To further elaborate on what kind of junk I'm tugging along on my endeavours, I reckoned it to be fair to tell you what I use to keep the homefront informed when I'm scraping my knee on the tarmac carefully exploring the unknown. Let the plugging commence! 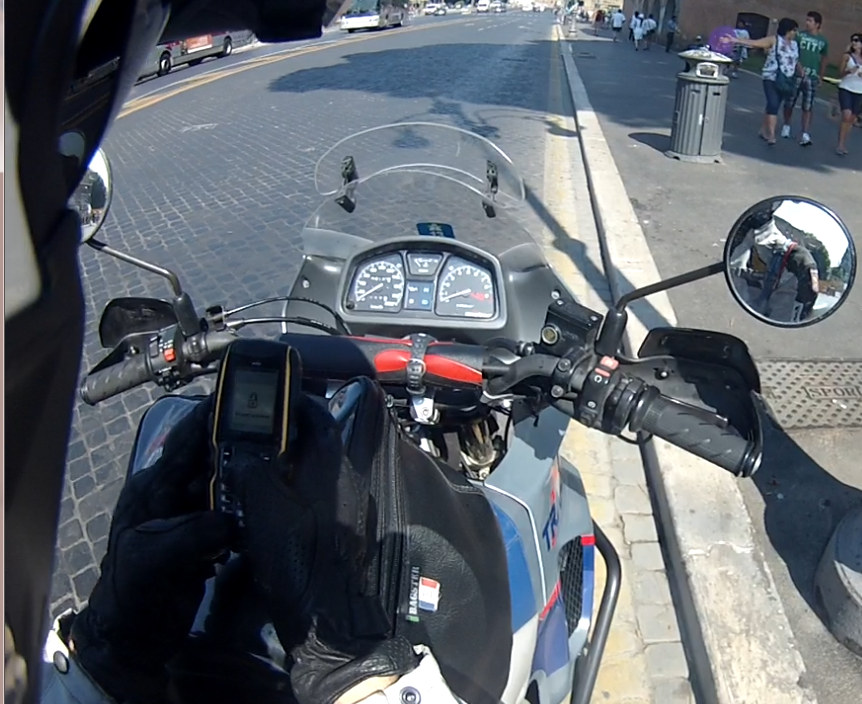 First of the two is ofcourse my cellphone. It's a Sonim XP3300 Force and as you can see below it's quite the beefy thing. That's only because it must be able to handle the roughest of conditions, be it being submerged by water, engulfed in flames or packed in permafrost (OK, maybe not that last one). It can be used as a GPS, though I haven't used it as such. 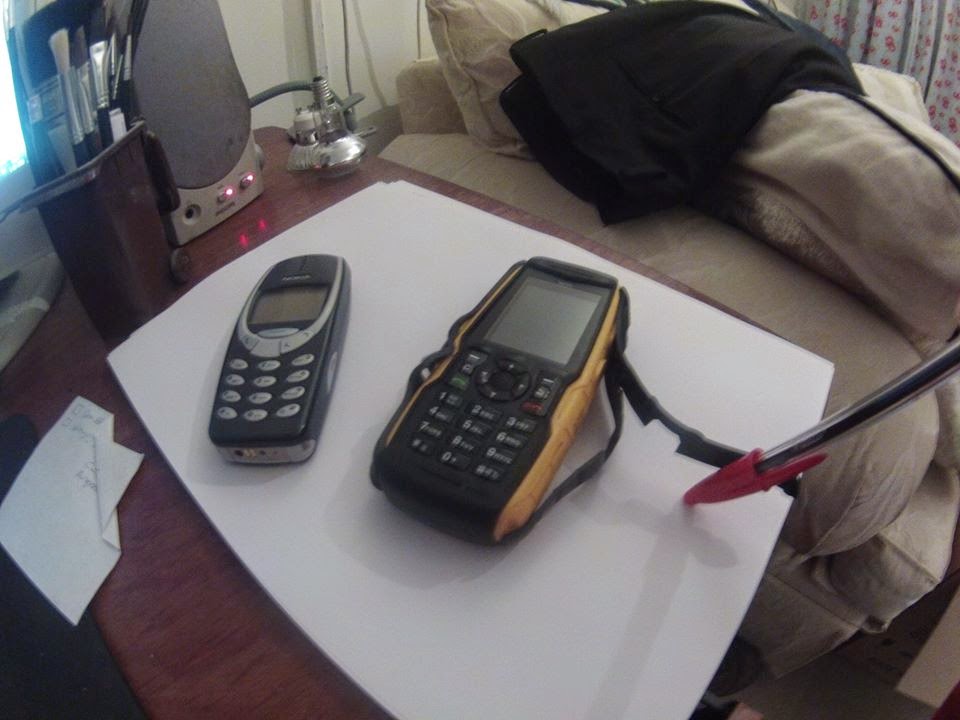 Thanks to its basic setup and chunky battery it can remain standby for on to 4 weeks without recharging, and because of its exterior it can take anything I throw at it (or throw it at, depending on the mood of the day). It's not a smartphone, and that's simply because I wanted a telephone that was dependable, long lasting and which could be operated with gloves on. It even turned out to be a World Record holder.

What I'm not too pleased about however is that all of the rubber casing (which also functions as waterproofing) peeled itself off after the first year. It immediately revealed another flaw with the phone, which is its company's customer service. I won't get into the details, but suffice to say my next toughphone probably won't be a Sonim. 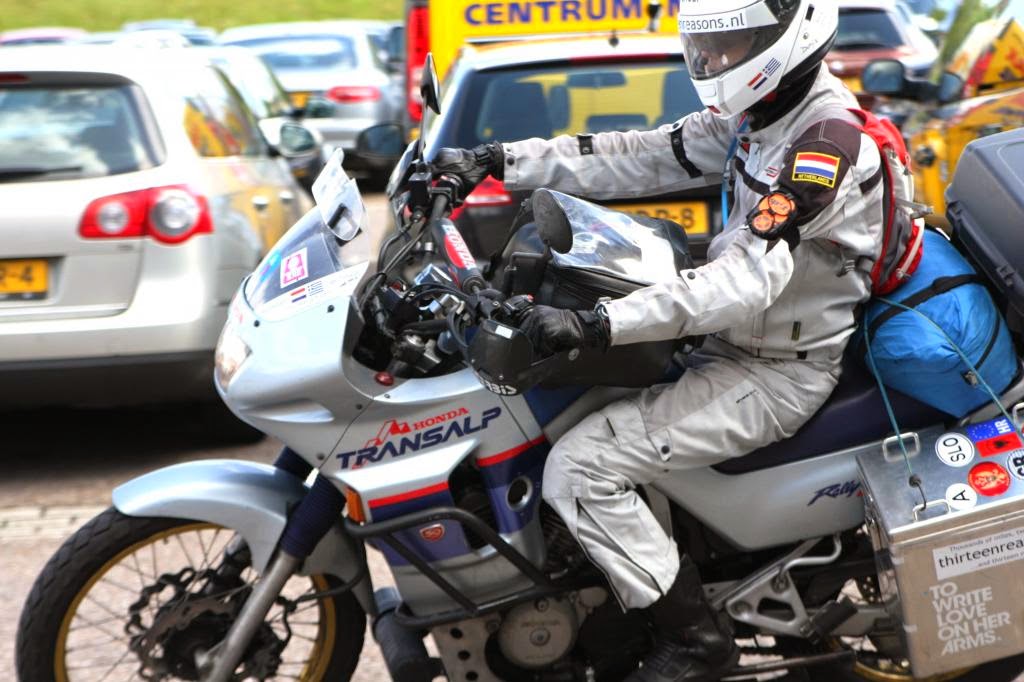 The second device (the orange thing on my left arm) might require a bit more explaining. You've probably seen it pass by on some of the pictures, but I figured it might be nice showing exactly what it is for. 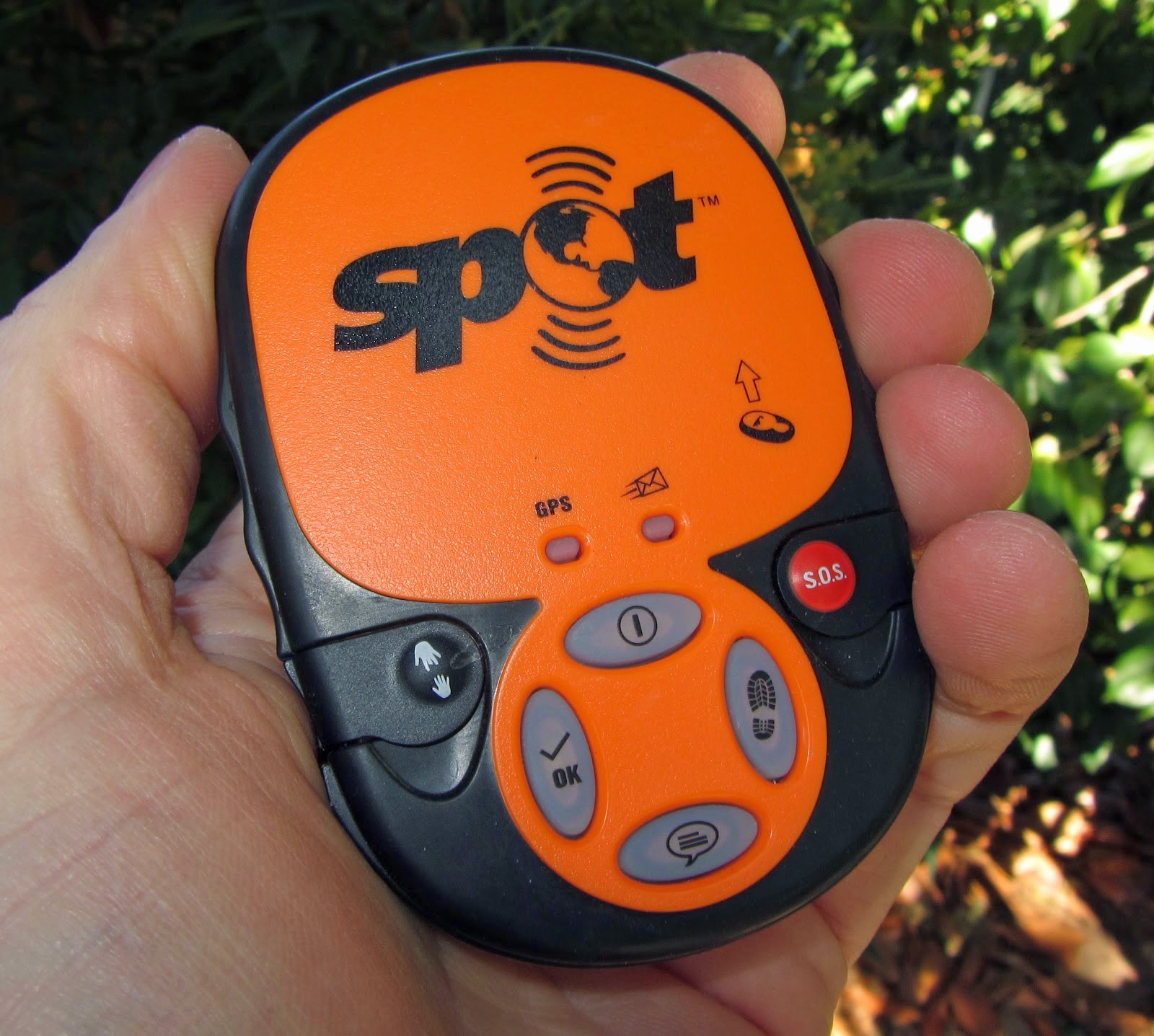 It's a SPOT Satellite GPS Messenger. What it does is really simple; when turned on, it sends my current position to a satellite every 10 mins, which is then stored on a Google maps webpage for 10 days, outlining my route in the process. This way, the people back home can track my progress and see how I'm doing.

There are various other functions, too. Upon arrival at a destination, I can send a similar message saying I'm 'OK' and have arrived safely. This is a nice and easy way to inform everyone I've 'reached bivouac' and there will be no further riding going on that day.

But that's not all. If things turn bad, the SPOT can be of assistance as well. It can either send a message asking for non-emergency 'Help' (covered button with the hands, to the far left), or I can send an SOS (far right). Doing the latter, the device will send a message to emergency services informing them of my exact location, after which the cavalry will come to the rescue. 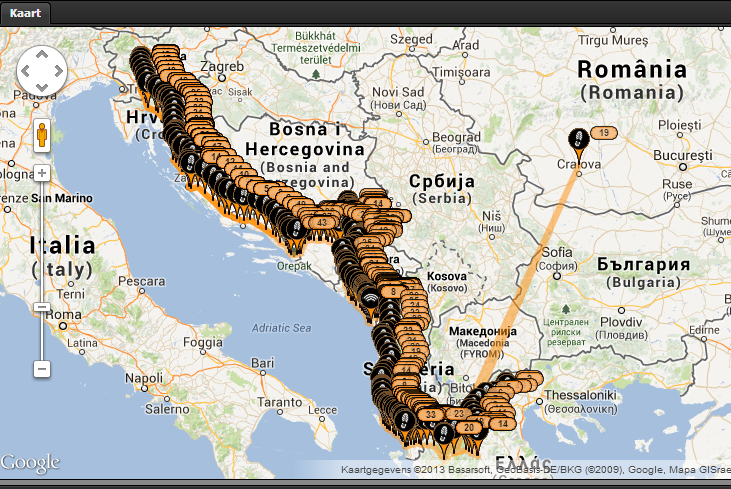 As a bonus, the device will also send an Email to pre-set addresses alongside the OK, Help and SOS messages, so that people of my choosing will be immediately notified.

All of this comes at a cost, however. In order for the SPOT to work as described it requires an annual subscription of around 130 euros. Paying that on top of the device itself seems quite costly, but since it can save you even from the most remote places (places that often lack a cellphone signal), I reckon it's well worth the investment. Furthermore, the device takes 3 Lithium AAA batteries. When used every day, the device will empty the batteries in about 2 weeks, and as these specific Lithium batteries are quite hard to come by (only the fancier electronics merchants carry them) it pays dividend to take along spares.

Another small issue is that it won't always work indoors. That seems quite logical since it needs a direct connection with a satellite, but once you're on a ferry (like I was in 2013), you simply disappear off the radar until you disembark.

Still, both of the devices are made to last, and I'll be surely using them on trips to come.
Gepost door Greg op 23:40